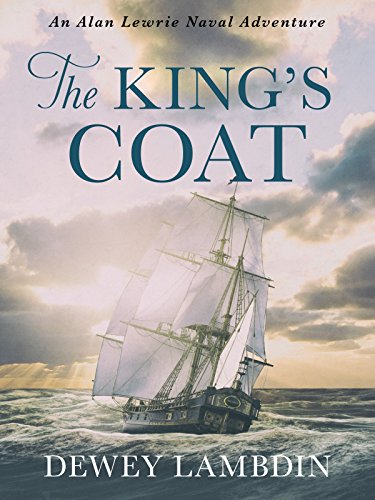 The first Alan Lewrie Naval Adventure: the ultimate man of adventure, worthy of Hornblower and Aubrey, his exploits echo with the sounds of crowded ports and the crash of naval warfare.

In 1780 seventeen-year-old Alan Lewrie is a brash, rebellious young libertine. The illegitimate son of an aristocrat, Lewrie gets into trouble when he is found in bed with the wrong woman. Forced into a life at sea, he must leave his frivolous life behind.

A shock awaits him onboard the tall-masted Ariadne, where sea-sickness and hard work will be the least of his problems. But – much to his surprise – he finds himself adapting to his new life. As midshipman Lewrie heads for the war-torn Americas and into a hail of cannonballs, will he discover the plot against him brewing at home?

The King’s Coat, the first book in the epic historical Alan Lewrie Naval Adventures, is perfect for fans of Patrick O'Brian, Julian Stockwin and C.S. Forester.

‘You could get addicted to this series. Easily.’ New York Times Book Review